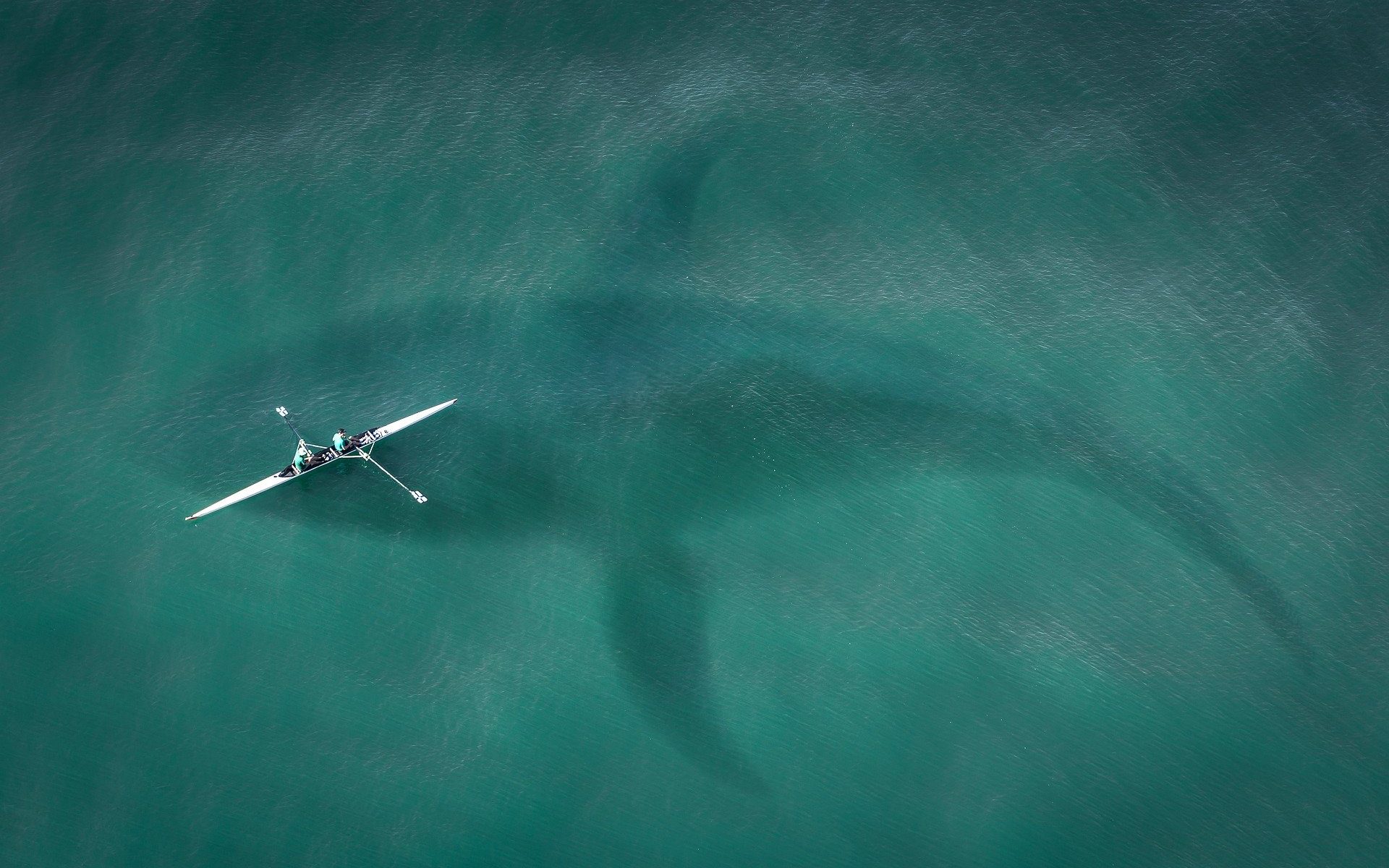 How do you define greatness?

What do you see in the picture above that you would describe as great?

How would you feel if you were the people in the boat?

Do you think the people in the boat are aware of what is in the water beneath them?

What would happen if the animal surfaced at that exact moment?

But not in a positive sense.

How aware are you of what greatness is going on beneath the waters in your daily life?

ESV  Joel 2:20 “I will remove the northerner far from you, and drive him into a parched and desolate land, his vanguard into the eastern sea, and his rear guard into the western sea; the stench and foul smell of him will rise, for he has done great things.

What have we learned prior to this verse?

Joel 2:20 continues the Lord’s response to the Judeans:

ESV  Joel 2:20 “I will remove the northerner far from you, and drive him into a parched and desolate land, his vanguard into the eastern sea, and his rear guard into the western sea; the stench and foul smell of him will rise, for he has done great things.

What does the Lord promise to the Judeans here?

“I will remove the northerner far from you”.

Who is the northerner?

Staying in context, the northerner is either the locusts from chapter one or the divine apocalyptic army that is compared to the locusts in chapter two.

Other Bible passages describe armies coming from the north to attack Israel.

Keeping in mind the book of Joel is a message from the Lord to the Judeans and now us today, could it be that “the northerner” is an expression intended to imply any life threatening force that can come against the Lord’s people?

What does it mean that the northerner will be driven into a parched and desolate land?

Just as the Judeans had been suffering from famine, drought, and fires, now the northerner will experience the same devastating situation from the Lord’s hands.

What is the significance of the eastern and western seas that are mentioned?

Thus, the northerner’s army from head (vanguard) to tail (rear guard)across the land of Judah will be annihilated.

Why tell us about a foul smell?

The aromatic description drives home the point that the northerner’s end is death.

Who does “for he has done great things” refer?

If the clause belongs with verse twenty then the greatness referred to is the immense devastation that the northerner had done to Judah.

We will look at this further next time.

Greatness can have either a positive or a negative meaning.

The picture of the boat and the sea creature at the top of this post yields a visual sense of greatness.

Capturing the moment on film when there is an immense animal beneath the tiny speck of humanity in a pencil sized boat is amazingly great.

Contemplating the harm that could occur to that tiny speck of humanity in that pencil sized boat if that immense animal chose to suddenly surface is also amazingly great.

Greatness can have either a positive or a negative meaning.

Are you aware how the Lord’s greatness impacts your daily life?

Are you aware of how the Lord’s greatness enables you to impact those around you?

If you are a Christian, then you have the greatness of the Lord’s Spirit within you.

As we navigate the great bizarre year of 2020, may you rely on the Lord’s Spirit within you to bring a sense of positive greatness with those whom you are ministering each day.