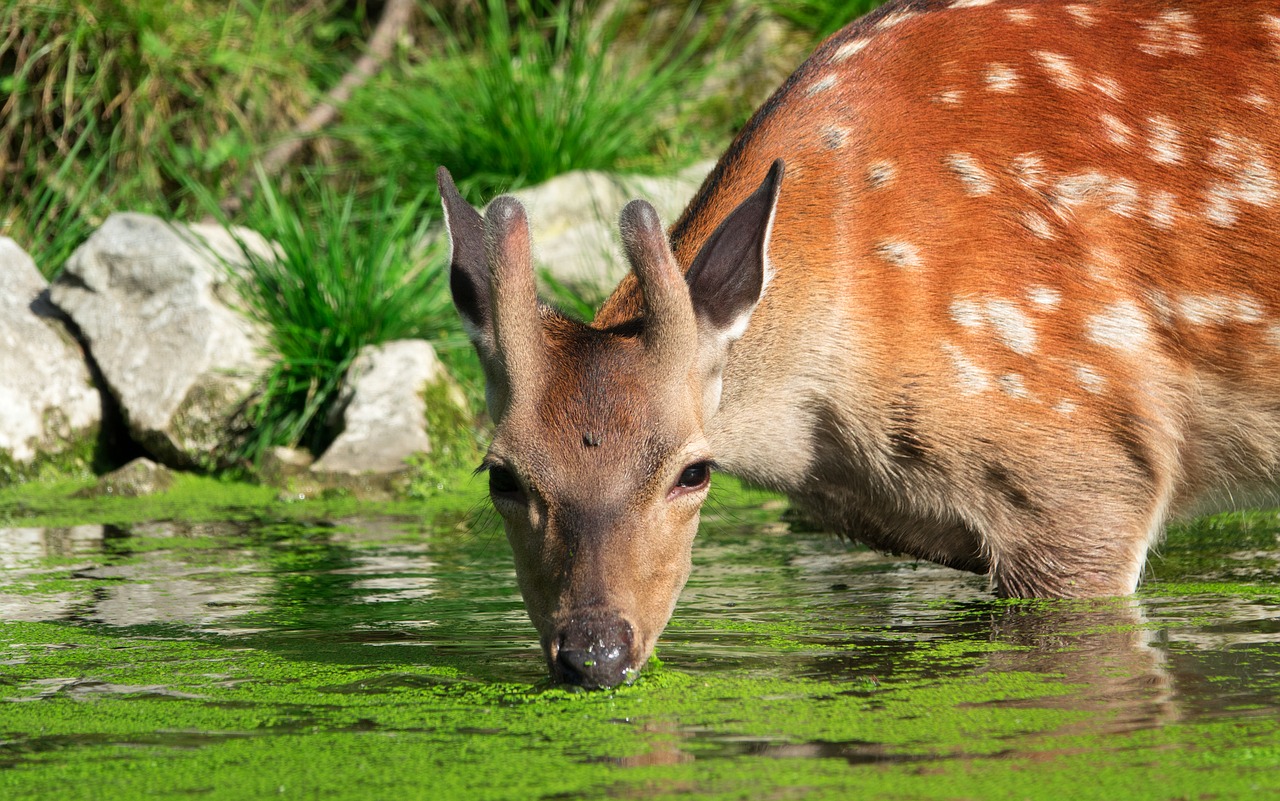 How would you describe soul thirst?

Putting soul and thirst together creates the idea in my mind of a deep, personal, longing for a relationship that can only be met through God.

The picture above is of a wild deer standing in a stream drinking water. The background is lush and green. The water appears to be rippling with movement.

Now, imagine if there was no water or green plants for that deer to find due to a drought followed by fire.

That deer would be suffering from physical thirst and hunger.

Let’s see what Joel 1:20 has to say about not only physical thirst and hunger, but also soul thirst.

ESV  Joel 1:20 Even the beasts of the field pant for you because the water brooks are dried up, and fire has devoured the pastures of the wilderness.

Previously we learned that God is speaking through Joel to the community in Judah. God’s told them their physical and spiritual situation is in a perilous state. Locusts, drought, and fire have destroyed all vegetation and made the possibility of seeds sprouting to grown new vegetation unlikely. At least for now.

God also indicates in Joel 1 that He sent the locusts, drought, and fire to get their attention.  Not just physically, but spiritually.  The domesticated animals in verse 18 and now even the wild beasts in verse 20 are described as crying out or panting for God because of physical needs.

The physical needs for all creatures, human and animal, have reached a point of desperation.

God, through Joel, is telling the Judeans that they need to follow the example of the domesticated and wild animals along with Joel to cry out to their creator as the only being who can truly resolve the situation. Afterall, if God can send locusts, drought, and fire then He also has the power to restore vegetation and water for physical needs.

There is more going on though in verse 20 than just a call to remember that God is the source of our physical needs. God, through Joel, is also reminding the Judeans of the following Psalm:

ESV  Psalm 42:1 To the choirmaster. A Maskil of the Sons of Korah. As a deer pants for flowing streams, so pants my soul for you, O God.

The same word constructions in the original Hebrew language link Joel 1:20 and Psalm 42:1.

God is saying through Joel that the Judean community should follow the animal’s and Joel’s example of crying out and thirsting for a relationship with God.

This is the answer to not only their physical situation but more importantly their spiritual soul thirst.

Spend some time this week reflecting on your own personal level of soul thirst.

A song to help you contemplate: As the Deer