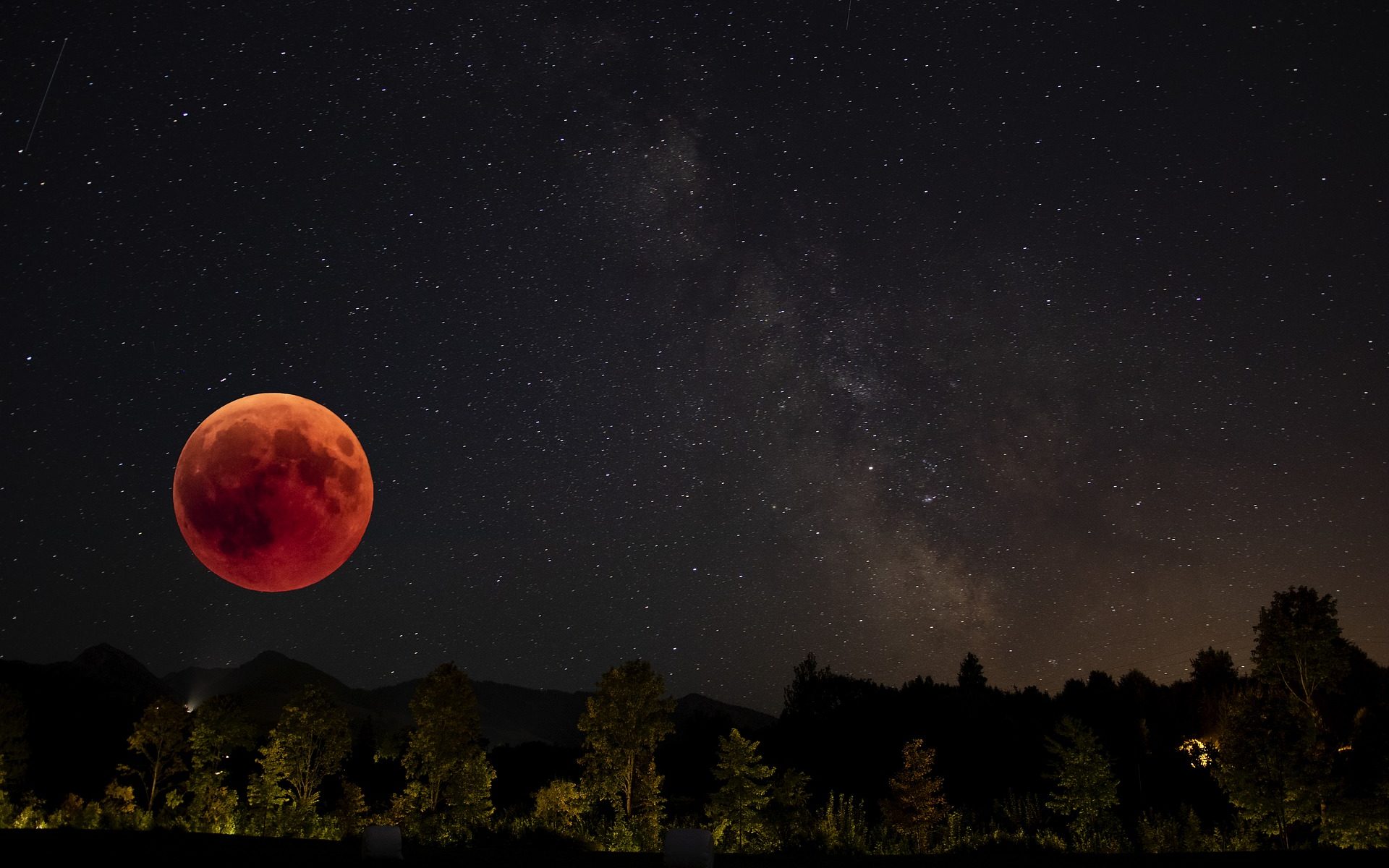 Have you experienced either an earthquake or an eclipse?

Back in 2017 my region was in the path of a solar eclipse.

This month my region experienced tremors from a 5.1 earthquake that occurred a state away.

But have you ever experienced a simultaneous earthquake and eclipse?

A brief search on the internet for information on whether a simultaneous earthquake and eclipse has ever occurred only yielded results that scientists believe an eclipse can trigger a greater magnitude  earthquake in the following weeks. But all were quick to point out that predicting a specific timing was not likely.

If anyone does more extensive research and finds that this has occurred simultaneously please let me know.

Why do I want to know about whether there is any documentation of an earthquake and eclipse occurring simultaneously?

The picture I am using for this post is of a lunar eclipse known as a blood moon.

Notice that you can still make out the stars in the photo.

ESV  Joel 2:10 The earth quakes before them; the heavens tremble. The sun and the moon are darkened, and the stars withdraw their shining.

In this verse we are being told that there is a simultaneous earthquake and eclipse occurring.

Not only is the earth quaking, but so does the heavens or sky.

Not only are the sun and moon darkened, but so are the stars.

Have you ever experienced complete darkness and both land and sky quaking?

I know I have never experienced anything remotely matching this description in Joel 2:10.

What is the context of this verse?

Prior to Joel 2:10 we learned the following:

Now today we are reading about not only an earthquake and eclipse but even the heavens are trembling, and all the stars are darkened as well.

Imagine if you looked out your window to see nothing but blackness and everything around you is shaking.

Unlike the eclipse of 2017 that we knew the exact time to view it, the earthquake this past month was indeed a surprise. My husband and I were in our kitchen area on the second floor of our three-story townhouse when everything started shaking. The shaking was thankfully brief and did not cause any damage for us. Others closer to the epicenter were not as fortunate.

The scene in Joel 2:10 is more horrific. The quaking and darkness are simultaneous.

And this quaking and darkness are occurring because the Lord is coming with his army.

As a previous verse says the day in question is:

ESV  Joel 2:2 a day of darkness and gloom, a day of clouds and thick darkness! Like blackness there is spread upon the mountains a great and powerful people; their like has never been before, nor will be again after them through the years of all generations.

What is the Lord communicating with this imagery in chapter two?

In a previous verse we discussed the Lord’s power being demonstrated.

Joel 2:10 not only portrays the Lord’s power but I sense the Lord’s sovereignty is also on display.

He is describing that His presence impacts not just us but the very rocks we stand on, the air we breathe, and the light we use to see.

Who else has this ability to cause both earthquakes and heaven quakes?

Who else has this ability to cause an eclipse of the sun and moon as well as the stars?

Now that’s not only amazing power but a sign that a true sovereign creator has appeared on the scene.

How can this verse help us today?

So much of our daily lives have been altered over the last few months of the year 2020.

The list is long of the trials the global community is facing.

The list is long for many of us personally as well.

May I encourage each of us to seek the Lord’s insight as to how we should view not only our own personal lists of crisis but also the global lists through His eyes.

What are the spiritual implications of what you are experiencing today?

How should you interact with others so that they know and understand that you love and care for them on a soul level?

How can you allow the Lord to communicate through you to those around you that He cares for them on a soul level?

I believe the Lord sent his message through Joel to the Judean community for the following reasons:

What else do you see in this verse that encourages or motivates you?