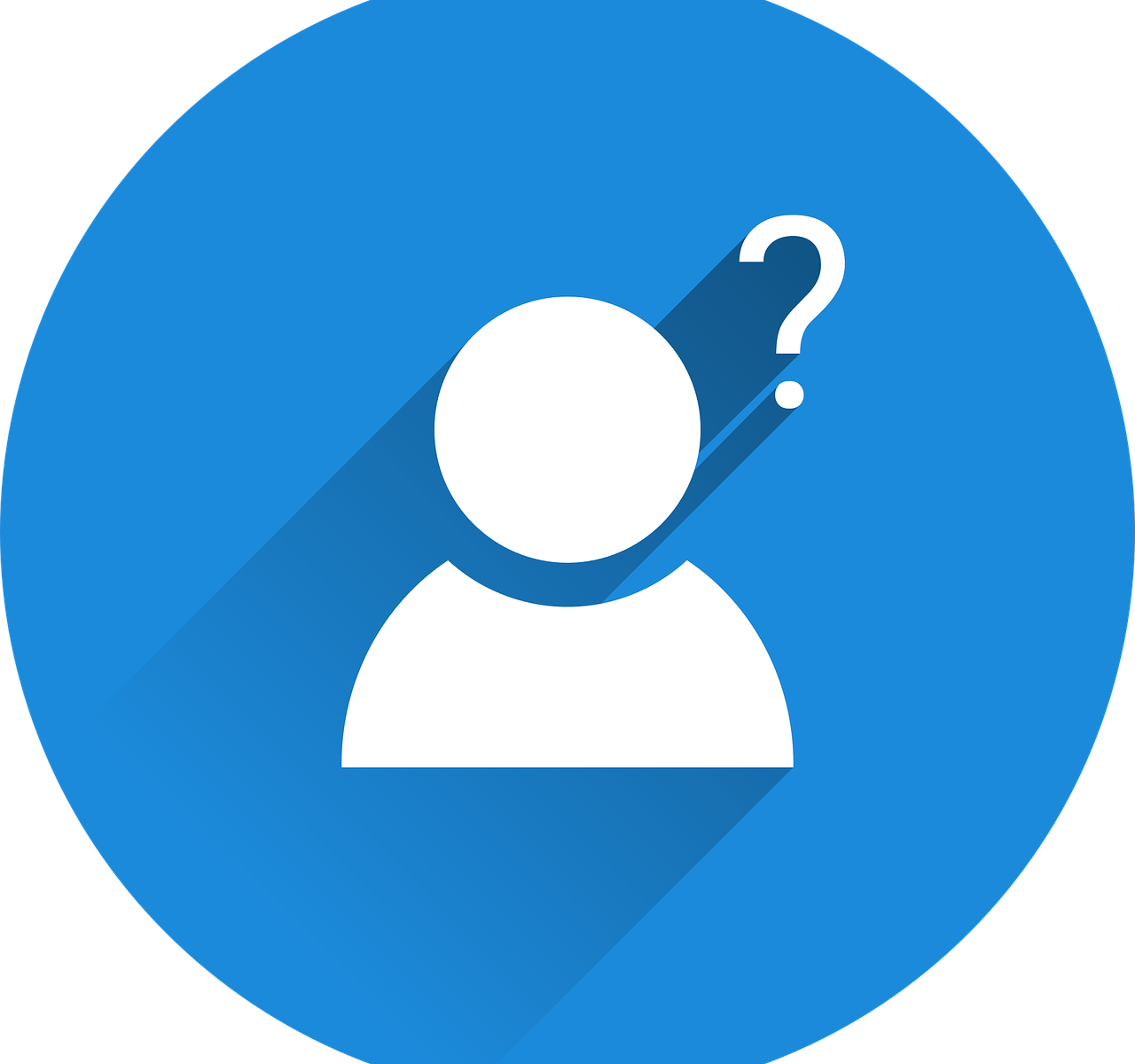 A few years ago, I discovered that my debit card had been compromised.

In contacting the companies that were showing a purchase I had not made one reported they had already stopped the charge as their internal security measures had already determined it was fraudulent.

Another company kept passing me from person to person before ultimately telling me unless my bank stood behind me that I would be liable for the charges.

Thankfully, my bank stood behind me.

Sadly, due to the amount of time it took to dialogue with that company, they lost not only money but the goods they went ahead and shipped because they failed to heed my report that the charge was invalid.

Neither company knew me personally.

I would even say my bank did not really know me personally but because I followed all their requested reporting procedures, including filing a police report, they granted my request to stop payment on the faulty charges.

I am thankful that the one company was proactive in recognizing the fraud and my bank was responsive to my claim.

Clearly the first company had better methods of determining fraudulent activity than the other company.

Clearly my bank supported me because I acted responsibly in meeting all their requirements.

Admittedly, the situation could have been significantly worse.

I am thankful my fiscal reputation did not suffer any significant harm from that situation.

What if this had been a more serious attack on my reputation?

What if instead of my reputation being at risk it was God’s reputation under suspicion?

In the book of Joel from the Old Testament we have learned the following:

Today we will focus our attention on Joel 2:17.

ESV  Joel 2:17 Between the vestibule and the altar let the priests, the ministers of the LORD, weep and say, “Spare your people, O LORD, and make not your heritage a reproach, a byword among the nations. Why should they say among the peoples, ‘Where is their God?'”

This verse continues to provide specific instructions, but this time to the priests rather than the general populace.

What are the priests to do?

They are to weep and petition the Lord.

Where are the priests to take this action?

Between the vestibule and the altar.

What does this tell us?

This means the entire temple was to be filled with the priests weeping and petitioning the Lord.

This was a place the general populace was not permitted as it was deemed a holy place where the priests were responsible to intercede on behalf of the community.

ESV  Joel 2:17 Between the vestibule and the altar let the priests, the ministers of the LORD, weep and say, “Spare your people, O LORD, and make not your heritage a reproach, a byword among the nations. Why should they say among the peoples, ‘Where is their God?'”

The first petition is a request to God to spare His people.

The second petition focuses in on a sense of compromised reputation.

With economic ruin due to famine, drought, and fire the Judean community will be scorned by the surrounding nations.

The shocking part is that the petition goes beyond just the humiliation of the Judean community and appeals to the Lord’s compromised reputation as their God.

Saying the surrounding nations will ask “where is their God?” is indicating they will think God is weak and incapable of providing for the Judeans.

Given the implication all along has been that the people have neglected their relationship with God, this bold petition seems at first glance out of place.

However, consider the following plea by Moses after the people had abandoned the Lord by worshipping manmade idols in the form of golden calves:

ESV  Deuteronomy 9:26-29 And I prayed to the LORD, ‘O Lord GOD, do not destroy your people and your heritage, whom you have redeemed through your greatness, whom you have brought out of Egypt with a mighty hand.

27 Remember your servants, Abraham, Isaac, and Jacob. Do not regard the stubbornness of this people, or their wickedness or their sin,

28 lest the land from which you brought us say, “Because the LORD was not able to bring them into the land that he promised them, and because he hated them, he has brought them out to put them to death in the wilderness.”

29 For they are your people and your heritage, whom you brought out by your great power and by your outstretched arm.’

Moses appealed to God’s reputation and petitioned God for mercy and grace based on God’s past promises and actions.

If you continued reading in Deuteronomy,  you will learn that God accepted Moses’ plea on behalf of the Israelites to extend mercy and grace to them.

ESV  Jonah 3:4 Jonah began to go into the city, going a day’s journey. And he called out, “Yet forty days, and Nineveh shall be overthrown!”

5 And the people of Nineveh believed God. They called for a fast and put on sackcloth, from the greatest of them to the least of them.

6 The word reached the king of Nineveh, and he arose from his throne, removed his robe, covered himself with sackcloth, and sat in ashes.

7 And he issued a proclamation and published through Nineveh, “By the decree of the king and his nobles: Let neither man nor beast, herd nor flock, taste anything. Let them not feed or drink water,

8 but let man and beast be covered with sackcloth, and let them call out mightily to God. Let everyone turn from his evil way and from the violence that is in his hands.

9 Who knows? God may turn and relent and turn from his fierce anger, so that we may not perish.”

10 When God saw what they did, how they turned from their evil way, God relented of the disaster that he had said he would do to them, and he did not do it.

The Ninevites humbled themselves, fasted, and mourned in response to Jonah’s message from God. God responded favorably because they responded appropriately to the warning sent through Jonah.

Sadly, as one continues to read in the book of Jonah,  we discover Jonah is angered by God’s mercy towards the Ninevites.

ESV  Jonah 4:1-2 But it displeased Jonah exceedingly, and he was angry. 2 And he prayed to the LORD and said, “O LORD, is not this what I said when I was yet in my country? That is why I made haste to flee to Tarshish; for I knew that you are a gracious God and merciful, slow to anger and abounding in steadfast love, and relenting from disaster.

Can you see from these examples in Deuteronomy and Jonah that the petition in Joel 2:17 is not out of place?

Remember God sent this message to Joel to share with the Judeans. God provided the very words of the petitions in Joel 2:17.

God sent them a message, not just to warn them, but to encourage and remind them that He desires them to be faithful in relationship with Him. He also provided the exact instructions of what they needed to do to return into a protected relationship instead of one under threat of judgment.

May we each heed and claim the encouraging prospect that God’s character is not only just but also merciful.

I admit prior to working on this study I have regularly scorned the company that failed to heed my warning that they should block the fraudulent charge and stop shipment of the goods.

But that company is the one that ultimately ended up with a financial loss, not me.

Rather than scorn the company and belittle their reputation or the employees who failed to take appropriate action, I need to humble myself and stand in the gap to intercede for them instead.

Not so much regarding their failure in that one instance but that they and their employees will handle situations like what I experienced with them more wisely in the future so that their reputation is restored.

We all fail at times.

How we handle ourselves when we fail is a key component in not only how others view our reputation but also our God’s.

Is there any area of your life that you need to humble yourself before God?

Or is there a person or entity that you need to petition God on behalf of today?

Are you living in such a way that God’s reputation is not compromised?

Consider Christ’s example when he was hanging from a cross he had been nailed to:

ESV  Luke 23:34 And Jesus said, “Father, forgive them, for they know not what they do.” And they cast lots to divide his garments.